This article will help you to crack the PPDT test and provides you a PPDT story format . Being a part of the screening test picture perception test is one of the most important tests in the 5 day SSB interview.

SSB Interview is the next exam after you get qualified in written exam. CDS Exam and NDA Exam both consists of SSB interview. and  PPDT test is conducted on the first day of the SSB interview. It is extremely important for the candidates to stay at SSB for the next 4 days. Due to lack of information and so preparation candidates do not perform better in the ppdt picture story.

SSB exam is conducted in two-phase The phase of SSB interview exams are as follows:

When you first arrive at SSB you will be given the space to stay and some instruction about do and don’ts at SSB. These instructions are related to some disciplinary activities, rules, and regulations of the exam.

This is the first test conducted as a part of the SSB interview.OIR test is an MCQ based test consisting of verbal and nonverbal reasoning. Candidates are given a question booklet containing 30 to 60 questions.

There are two OIR tests conducted with no interval. The time allotted in the test is according to the number of questions asked. You may not need to mark in the question booklet.

An OMR answer sheet is provided to the candidate. The OIR test is similar to other intelligence tests conducted by various exams. Based on the performance of the candidates their officer intelligence rating is calculated.
Read About Indian Navy SSR AA Result – 2020 Joinindiannavy

As the name suggests this is the test of writing a story on the picture and then discussing the story.

PPDT test is very important in the SSB interview as a part of a screening test because the candidate who does not qualify the exam is sent back on the same day. To retain your stay at SSB you have to qualify the PPDT test.

This test is powerful enough to remove undesirable candidates and filter candidates who have some chance to qualify for the SSB interview.

How is PPDT Test Conducted

After completion of the OIR test, the PPDT test is conducted. Candidates are shown a picture for 30 seconds based on the picture they are allowed to write a story.

According to the value perceived in the picture, they have to write a story under 4 minutes. Thereafter candidates are made to sit a semicircular row of 15 to 20 candidates each to narrate and discuss the story.

Every candidate is given approximately 1 minute to narrate their story.

The narration starts by revealing the number of characters shown in the picture, their age, gender, mood, and action. When all candidates are finished with their story they are allowed to start the discussion.

All the interviewing officers – GTO, Psychologists, and Interviewer mark candidates during narration and discussion. You should not look at them rather show your performance in the discussion.

40% to 50% candidate retains at SSB and qualify this test. The intelligence test is generally easy to crack. Therefore screening test primarily relies on the PPDT test to inter the next stage.

How to Write a Perfect Story for PPDT 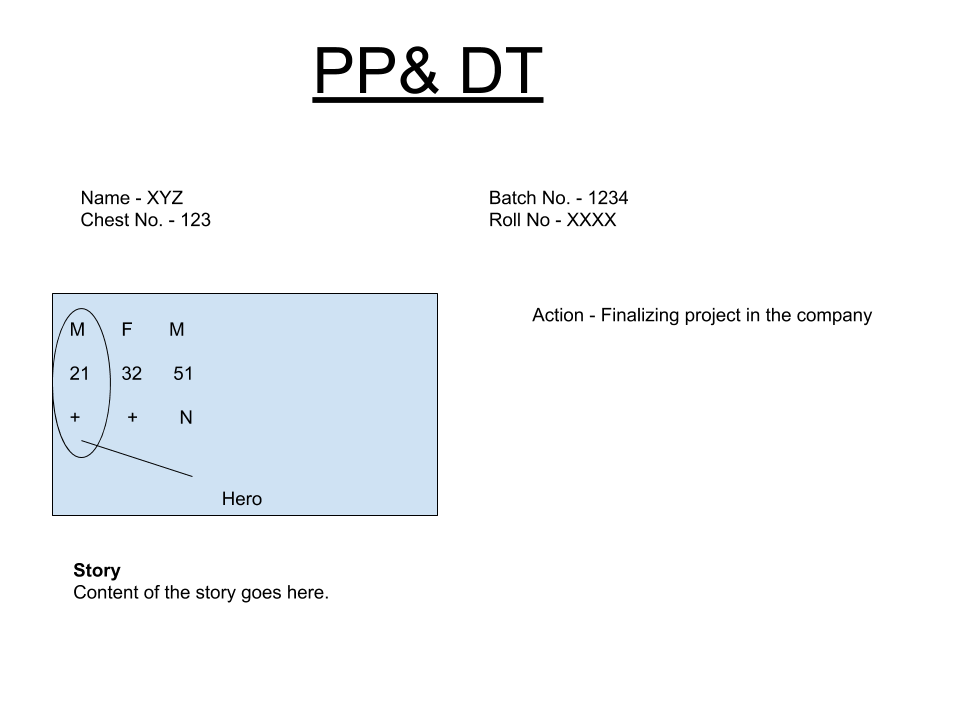 Markdown number of characters you have seen, gender, and their moods. What is the action reflected in the image will be your action part on which your story depends.

You should complete your story within the allowed 4 minutes. Choose one person your hero in the story. The character specified by the hero will be your reflection of character on this test. Candidates should write a neat, understandable, and grammatically accurate story.

The below example provides you with an idea of how you can write a story for the PPDT test as ppdt sample pictures. 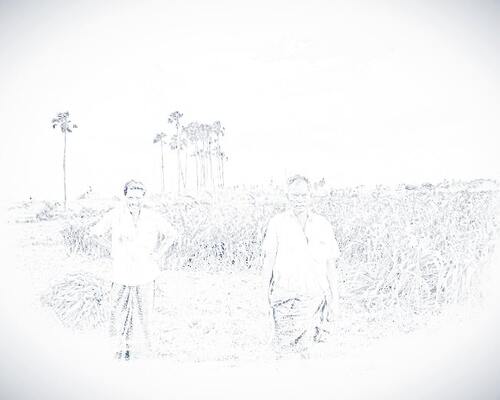 Mohan and Amar were two farmers. They were brothers. They do not have their farmland and worked in somebody other’s farm. Bing the elder  Mohan holds the responsibility to heads his family. By working on someone other’s farm, cutting down their expenditures, and saving their income they buy a small piece of land and sow paddy. Both of them work hard, care for the crop, and irrigate the field regularly. Finally, when the crop becomes ready they cut their crop by themselves and sell it in the nearby town. By doing so they mark a decent benefit. They were quite familiar with the large gap of price in the market and price at which grains sold by farmers.They use this profit to open a godown in the village and buying other farmer’s crops at reasonable rates. Everyone appreciates their work.

What idea you have learned from this story

The story is divided into three parts.

Introduction –  Mohan and Amar very underprivileged farmers and they do not have their land. Mohan is the elder and regulates the family’s needs.

Action Part – They are living together and so saving their expenditures. They buy a small piece of land for farming. Both of them sow paddy in the farm, care the crop, and sell it by marking an adequate benefit.

Conclusion: Earn profit and use the money opening a godown that helps them to buy crops of other farmers and provide them a reasonable price and they are broadening their business.

Qualities assessed in this exam:

How you make a vibrant and logical story from a picture decides your intelligence and imagination. You should not spend these30 seconds in writing the story. Keeping your focus concentrated on the story for 30-second help you to evaluate the background and create logic for the story around the background. When candidates narrate and discuss the story their power of expression and self-confidence is examined.

Assessor looks at the impact created by the candidate by expressing their valid opinions, leadership qualities, and social adaptability among a large number of candidates and interviewers.

They also examine motivation, and preparedness to participate in the conversation. This is a widespread filter to eliminate unsuitable candidates for this exam.

Sticking to one PPDT story format has proved beneficial for candidates. A proper style of writing plays an important role when you have to maintain consistency to complete the story within the time allowed period.

PPDT story format is also important for productively utilising your time and writing in a pre-designed style for ppdt stories with answers we have provided. The idea here is not manipulating the story in the wrong direction. You have to think or relate in such a way that the story, characters, scene and overall theme must be consistent.

If you have a proper logic about, why you have to choose a character as your hero, does the character show any accomplishment or does he/she cover a maximum portion of the image?

Mistakes Normally Made in SSB

Approximately 1 hour after the exam the result of the screening test is declared. One of these accessors comes with a card in his hand to declare the result.  Qualified candidates are given new chest numbers and those who do not qualify for this exam are sent back on the same day by providing their TAs.

This was the information on SSB PPDT test preparation. Let me know if you have any question in the comment below.

The Yuvas will be providing you all necessary information related to the SSB exam and other Government and skill development courses.

Free Guide: Learn Coding to Get a Job

Proven strategies to help you get a high paying job in 2021.

Get the Free Guide

GATE EE – How To Prepare For This Exam?

GATE EE is conducted only once a year. If you clear this exam, you are also eligible to enroll in ...
Read More

Why Python Should be The First Language To Learn?

Are you looking to get into programming, but you have no clue where you should start? Start with Python, here ...
Read More

How to use sort() and sorted() in Python?

Learn How to use the sort and sorted method in Python programming. Sorting is the most commonly used task for ...
Read More

How Do You Start Coding For Free?

JavaScript is one of the most in-demand skills in the programming job market. So, I’ll show you the 8 best ...
Read More

Recursion means that "defining a haul in terms of itself". In this post, you'll learn to think recursively, and it ...
Read More